Guidelines of the European Commission on the implementation of Article 17 of the DSM Directive are published!

Some countries have already implemented the DSM Directive. The initially non-binding guidelines support the approach of Germany to the implementation, which explicitly introduces an ex-ante mechanism, which other Member States should follow suit. The guidelines are otherwise very loose and, according to critics, do not provide sufficient protection of users’ rights.

The long-awaited guidelines include a mechanism that allows rightholders to override safeguards against the automatic blocking of users’ uploaded content by claiming that the use of their work “could cause significant economic damage.” This suggests that this can be almost any content. The European Commission has thus not provided clear rules with guidelines to discourage abuse of the system, so the responsibility for respecting the fundamental rights of users will be in the hands of rightholders.

The latest version of the guidelines is, in fact, a step back from the European Commission’s original commitment to preserving the fundamental rights of users, which is required in particular from the point of view of the EU Charter of Fundamental Rights.

In the future, it will be interesting to follow the decision of the Court of Justice of the European Union in Poland v. European Commission, where Poland claims that Article 17 of the DSM Directive introduces censorship, which is inconsistent with both the Polish Constitution and the EU Charter of Fundamental Rights. According to some, the guidelines are an additional argument against Article 17 of the DSM Directive.

You can read more about the guidelines on the implementation of Article 17 of the DSM Directive here.

The European Court of Justice (CJEU) has finally (almost a year since the Advocate General opinion, on which IPI already reported) issued a ruling in joined cases C-682/18 (YouTube) and C-683/18 (Cyando), concerning platform liability for copyright-infringing user uploads under Art. 3(1) InfoSoc Directive. Even though the CJEU, in its ruling, refrained from engaging with the DSM Directive’s Article 17, the judgment is still highly significant, as it comms at a time when the fundamental rights compatibility of Art. 17 DSM Directive is in question, and very few Member States have implemented the DSM Directive, including Slovenia, where the public debate ended on 28th of June, 2021.

On 15th of July Advocate General Saugmandsgaard Øe has issued an Opinion on Case C-401/19, the Polish request to annul Article 17 of the DSM directive. Since the opinion provides an important clarification on user rights safeguards, COMMUNIA is organising a special lunch edition of COMMUNIA salon, on Wednesday, the 21st of July at 1300, on which these clarifications will be analysed.

On 20 July 2021, the Ministry of Justice of the Republic of Slovenia will host a virtual conference focusing on the effective protection of fundamental rights in the regulation of artificial intelligence in Europe and beyond. The event will be moderated by Dr. Maja Bogataj Jančič, LL.M., LL.M., founder and head of the Institute for Intellectual Property, who is also the Co-Chair of the Data Governance Group at the Global Partnership for Artificial Intelligence (GPAI). 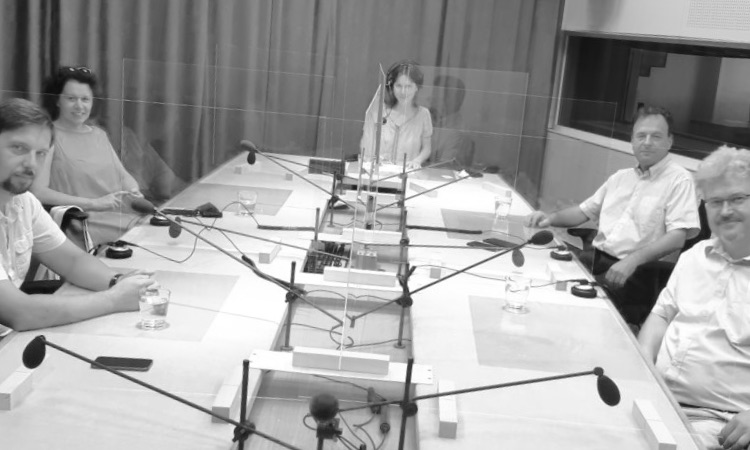 About setting boundaries to artificial intelligence in the Studio at 5 p.m.

On the 5th of July 2021 dr. Maja Bogataj Jančič, LL.M., LL.M., who is also the head of the data governance group at the Global Partnership for Artificial Intelligence (GPAI), spoke on the radio show Studio at 5 p.m. on the topic of setting clear framework for the operation of artificial intelligence.